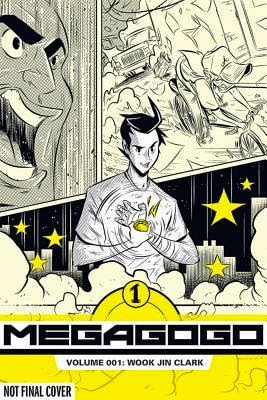 Megagogo, Volume 1 by Wook Jin Clark
My rating: 4 of 5 stars

An American manga written by a Korean author. The story is very entertaining, but the manga feels a bit strange presented in the American left-right format. A plot that has been done many times before of a retired team of superheroes coming back on the scene ten years later after everyone's opinion of them has eroded. In this first volume we are introduced to the members of the team as we see where they are now as they get pulled back into the action and character development is high. There's lot of action and fighting as the evil forces try to take out the heroes before they can team up again but just what is actually going on with the "bad guys" isn't fully explained yet with this volume. I'm very keen on the characters though, finding this a good starting volume to a series and would certainly continue reading.