The Great Divide by Ben Fisher 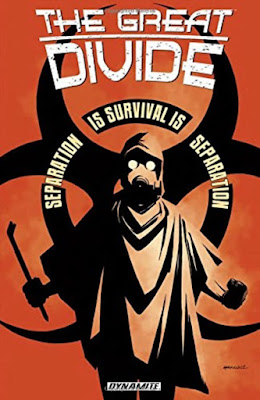 The Great Divide by Ben Fisher
My rating: 4 of 5 stars

I didn't come into this with any pre-conceived ideas; I only knew the story was apocalyptic. I ended up enjoying this very much! It's actually post-apocalyptic and we're set down in the world that has been suffering the effects for an undetermined amount of time. The tragedy that killed such large numbers of world populations was an unknown substance (virus, chemical, alien, etc) which made the human touch deadly. Skin to skin contact caused the one who was being touched to basically explode with eyeballs flying. The ragtag group that comes together are wanderers who are coping without touch but following some greater cause such as what caused this eotwawki in the first place. There are several characters to keep track of and the writing is well done to give us plenty of background and a look into their psyches. The art is good in that I found it widely pleasing. This doesn't say it's a volume 1 but the ending leaves us with the notion that a sequel is obvious.