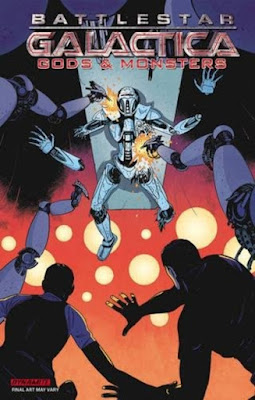 Let me start by saying I've only watched a few random episodes of the remade Battlestar Galactica but am a huge fan of the original version.This is a story set in the new Battlestar Galactica world. I know enough to be able to tell who everyone is and their relationship to or with each other and the general plot of humankind at war with the Cylons. I actually didn't like this too much because of the militaristic nature of the plot. It's basically reading a war story set in space, part army/part navy. I like war stories but this one was more about tactics than I generally like. I like my space stories more of the space opera variety. Decent enough story and art, just not for me.