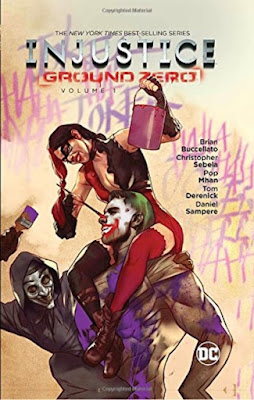 I really enjoyed this! It's an absolutely crazy story *but* it's told from Harley's point of view and this is the Harley I like. Crazy and violent but endearing, and she doesn't talk in that horrible New York street accent. Lots of Harley and lots of fighting and violence with a ton of humour that cracks jokes at itself, the video game, the previous story and the superheroes themselves. Lots of fun! I should say, however, that I have not read the "Gods Among Us" series that this is based on nor have I ever even heard of the video game that was based on.