Poppy! and the Lost Lagoon by Matt Kindt 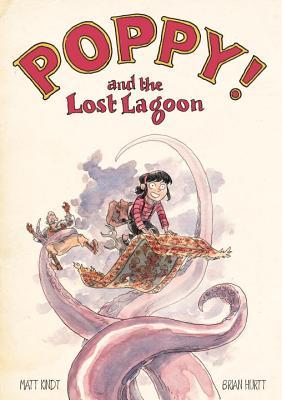 Poppy! and the Lost Lagoon

by Matt Kindt
Illustrator: Brian Hurtt
My rating: 2 of 5 stars

Unfortunately, this was a letdown. I love Matt Kindt, with "2 Sisters" and "Red-Handed" being among my favourite of his standalone books. I was excited to see he'd written a kids book but found it very bland, if not boring. Kindt's books usually contain quite complex stories leaving one with much to this about. Poppy doesn't come anywhere near that quality. For an action/adventure, I found the tale incredibly dull and had to force myself to finish the book. The main character is unlikable as she's a know-it-all with no respect for her mature guardian. The plot just had the two of them (using various James Bond type vehicles) following some fish and a "gigantapus" because the ecosystem they lived in had failed when they left the region. The book ends all mysterious letting us know there are plans for another book in the series.