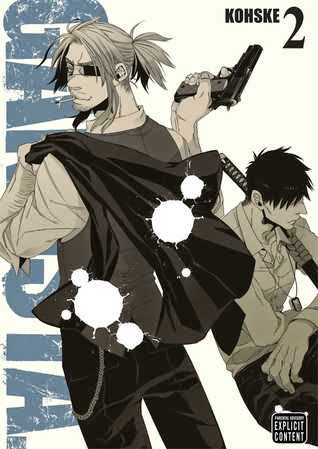 
Took me a bit to get into it but by the end I knew I had a definite new series I'm going to follow in my hands. A very intense story. Violent and emotional. I love that the auther of this seinen is female! She writes real, believable characters. Nick, the deaf hit-man, is such a unique and realistic character. This is such a different manga for me. The setting is not Japan or even Asian. A fictional city called Ergastulum, it has a rather European feel to it with an Americanized type of police force. The characters come off as Caucasian plus a variety of ethnicities, though Nick has been identified as Asian. The plot between the police, mafia and hitmen, called The Handymen, has been developed in this volume and the added supernatural element of the Twilights has been explained to the point where we know what they can do, and they have a code to follow same as the 3 laws of robots, but it isn't quite clear just what they are yet, nor whether this is in fact a supernatural or scientific power they have. This is an explicit story, think Sopranos/Godfather and the female characters, Ally and Nina, are proving to be multi-faceted and three dimensional. Good!