Ro-Busters: The Disaster Squad of Distinction by Pat Mills 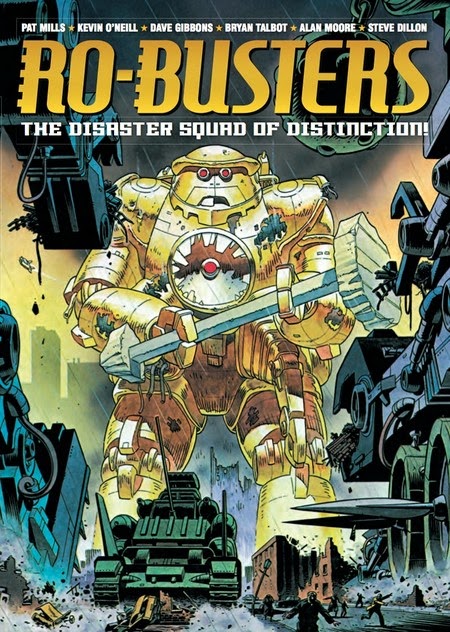 Ro-Busters: The Disaster Squad of Distinction by Pat Mills
My rating: 4 of 5 stars


Before, er after, the ABC Warriors, came the Ro-Busters. This is where Hammerstein goes into retirement and he first tells some of his war stories. Earlier this year I was reading the mag. 2000AD and it did a run on an ABC Warriors story which I confess, I was not familiar with and I found it very hard to get into because of the very large background to the characters and "world". I love the robot stuff that comes out of 2000AD though and was thrilled to get my hands on this collection of the first series which blossomed into the sequel ABC Warriors. Pat Mills has written a really nice introduction about his feelings for the original Ro-Buster story and characters along with a good background for the newbie. The first four issues comprising the first story was actually not published in 2000AD but in a magazine called "Starlord" and we are going way back to 1978 for these stories too. I loved this collection! The main characters are Hammerstein and Ro-Jaws and I just adored both of them. Mek-Quake is featured a lot as well, though in a smaller role and of course we have bad guy Howard Quartz. Now I understand why these guys have become so beloved and I'm ready to read some more and find out just how the ABC Warriors came to be.