Zombies: A Brief History Of Decay by Olivier Peru 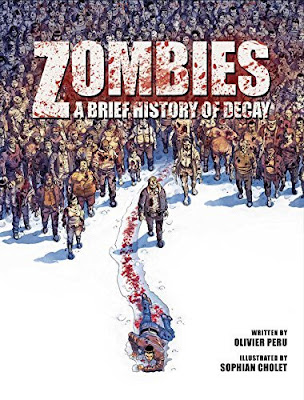 Zombies: A Brief History Of Decay by Olivier Peru
My rating: 5 of 5 stars

It's been awhile since I read a Zombie apocalypse that took itself seriously. The usual plot here but it is executed with style. This is an intelligent, grim and thoughtful take on teotwawki via a virus that turns people into the walking undead. Originally published in France as three bande desinees several years ago, I'm not surprised I enjoyed it so much as I'm quite fond of French "comics". Of interest is that the main character is Canadian and there are many Canadian references. I loved this as so many graphic novels are American centric. The story is powerful, dark and compelling. Nobody is safe from being bit though, so don't get attached to any certain characters! If you are looking for some new zombie fare to read this is a great one to pick up. The ending is ambiguous either leaving us with a message of "it's never really over" or could be a lead-in to a sequel.