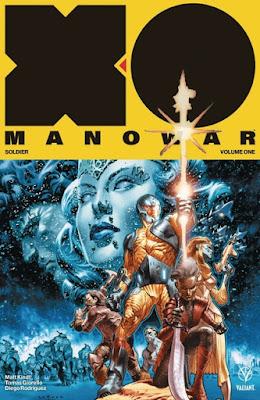 This is the first time I've ever read XO Manowar and I just loved the art in this volume. It's very detailed and realistic. This is short for a trade, containing only three issues. The story isn't deep or complex but rather mostly battle-fueled. Aric has a background and is now on the planet Gorin. War has become inevitable and Arin is conscripted into it, fighting for a race he has no allegiance with and fighting an enemy he doesn't really know. Pretty much full-on battle from start to finish with just bits of Aric's character/story unfolding slowly.