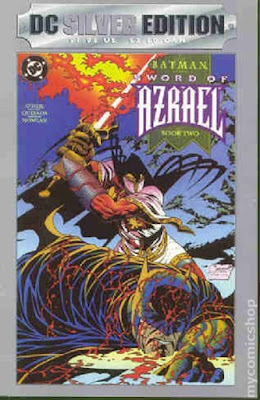 Batman: Sword of Azrael #2, Silver Edition by Dennis O'Neil
My rating: 2 of 5 stars

Jumping into this 4-part mini-series with issue #2 was not a good idea. I had no clue what was going on besides bad guys plotting and Batman trying to find and stop them. The two bad guys had more page time than the Bat, but we were never told their names which really bugged me. I also am not a fan of the artwork. Batman/Bruce Wayne looks so big, rough and mean while Alfred has two facial expressions: stupefied and, what I started calling, his evil eye face. Given the opportunity, I would read the story starting from the beginning to give it a fair chance. 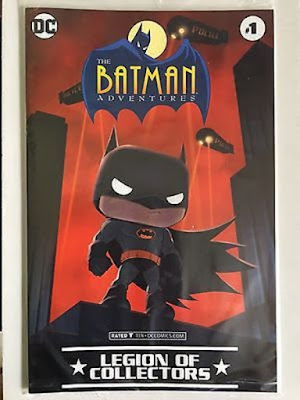 The Batman Adventures #1 by Kelley Puckett
My rating: 3 of 5 stars

From what I can figure this is a revised version of a 1939 comic. A simple story aimed at kids, even though it is rated "T". The Joker contacts Penguin and tells him how to get rich and famous. Penguin eventually gets caught by Batman but we're left with The Joker continuing his plan. 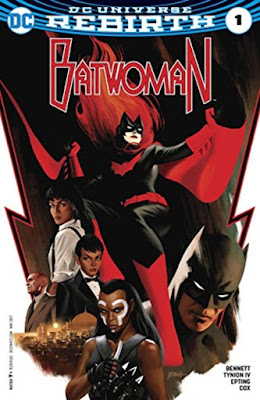 Batwoman: Rebirth #1 by Marguerite Bennett
My rating: 2 of 5 stars

This didn't do anything for me. I love Batwoman's costume but that is about it. First, there were so many advertisements that it felt they were equal in number to the story pages. There is a lot of talk and not much action. The story seems headed in a political thriller type direction which doesn't interest me.