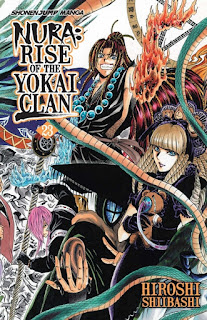 Nura: Rise of the Yokai Clan, Vol. 23 by Hiroshi Shiibashi
My rating: 3 of 5 stars

It's been three years since I read the previous volume and now I'm finally catching up on reading the last three in the series. Unfortunately, jumping back in with V23 left me feeling quite lost. I basically didn't have a clue what was going on. It's a good thing this volume was a big battle from start to finish as it allowed me to get a feel for the characters again while starting to remember bits and pieces as I went along. The plot moved ahead only a little bit and I'm hoping I'll feel more clued in with the next volume. 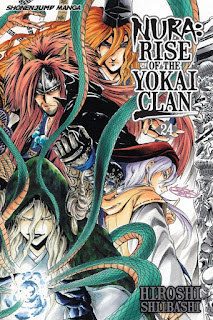 Nura: Rise of the Yokai Clan, Vol. 24 by Hiroshi Shiibashi
My rating: 4 of 5 stars

Getting back into this and feeling the excitement! The battle of the 99 Demons works it's way to the final battle and Riku ends up meeting another 1/4 yokai. 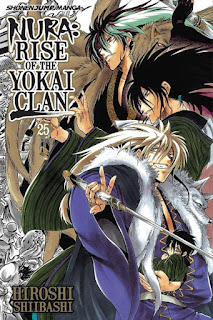 Nura: Rise of the Yokai Clan, Vol. 25 by Hiroshi Shiibashi
My rating: 4 of 5 stars

A satisfying if brief ending to a long manga series. The main story is only two chapters long and ends on page 134. Following that are several bonus stories. I'm writing this review before I read the end material. I was caught up in the action and read this very quickly as it was a battle from start to finish. There is a reveal which I was very pleased with and I enjoyed the happy ending. Pretty much all characters make an appearance even if briefly. My enjoyment was probably dampened a bit by reading these last three volumes so many years after I'd followed the rest of the series on publication. But still a good satisfying ending and a manga series I will most likely binge read in a few years.