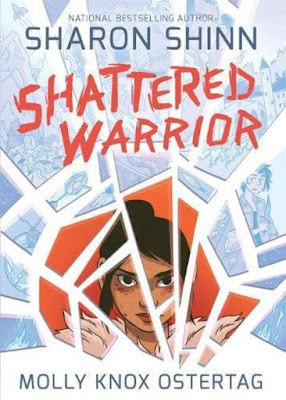 Shattered Warrior by Sharon Shinn
My rating: 5 of 5 stars

Rich story telling makes this an exciting science-fiction adventure. Set on a humanoid world which has been invaded and now ruled by aliens. The story centres on a young woman who grew up, pre-invasion, as a rich elitist little girl whose family was one of the most influential, and a young man, born a coal miner's son, who now belongs to a gang which causes trouble for both other humans and the aliens. They both eventually join the resistance and learn that even though they come from opposite backgrounds they now are on even footing as they fight for freedom. This is an exciting story with action from start to finish but also a love story of two people who must get over their biases to find happiness. Very well written and a quick page-turning read.