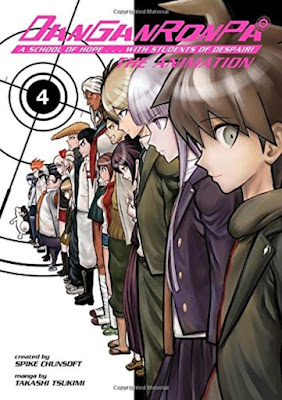 Danganronpa: The Animation Volume 4 by Takashi Tsukimi
My rating: 5 of 5 stars

The final book in this series. I really enjoyed this and I had never heard of the game before. Everything played out and we were told who the bad guy was in the end but I would never have guessed it. Admittedly it did get a bit far-fetched but what manga doesn't. We are left with an uneasy ending too so there might be a sequel. But regardless, there are a lot of Danganronpa series that haven't been translated into English yet and I really, really want more!