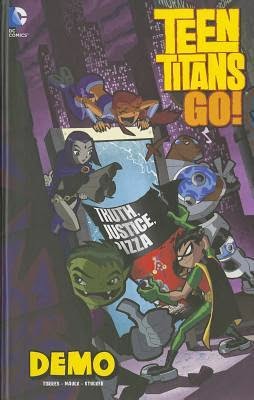 The Titans play a virtual video game at first as individuals against the Ninja horde until realizing that teamwork will pay off better. Meanwhile the villainous creators of the game are watching the Titans every move so they can learn how to fight them. This is a book for the younger kids with a theme of teamwork which the bad guys even learn works best for them too in the end. Decent enough for a kiddie comic. 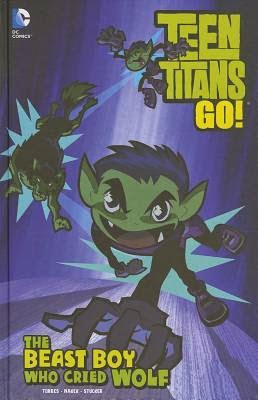 Another comic for the kiddies. This one obviously is a retelling of the Aesop's fable with a superhero twist. Beast Boy can't stop playing pranks, mostly making the others think he, or they all, are in trouble or under attack. So, alas, when Starfire is really being kidnapped Beast Boy can't raise anyone to action. Cute and fun team work with that little bit of a moral. Definitely one for the youngsters, not much here for adults.