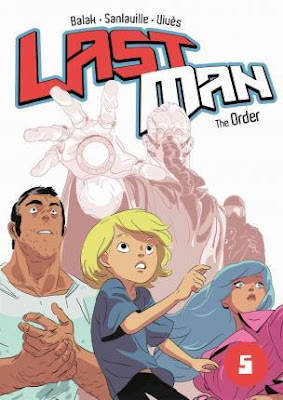 by Bastien Vivès
My rating: 5 of 5 stars

Things have really heated up in this volume. All sorts of politics going on with both sides of the Eternal whatever-it's-called. The modern world has brought vicious killer fighters back from the dead and are going all out to capture Marianne and Adrian. The ancient world has seen a prophecy and the King is reinstating the Guardians. This is all real serious stuff and very intense. But won't make sense unless you've read the other volumes in order. Great book! Can't wait for the next volume!