Fantasy Sports 2: The Bandit of Barbel Bay by Sam Bosma 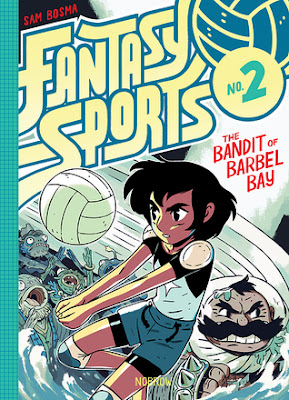 No, this series just isn't doing anything for me. This time, Mug and Whiz show up on an amphibian/fish people inhabited island. Their treasure is stolen and added to the Big Clam. Only way to get it back is to win the tournament. Volleyball this time. All the volleyball action scenes are just plain boring for me who has no interests in sports. I do like the art, though; there are two new characters who look very similar to Dragon Ball-style people. I won't read any more of this series as it isn't for me.