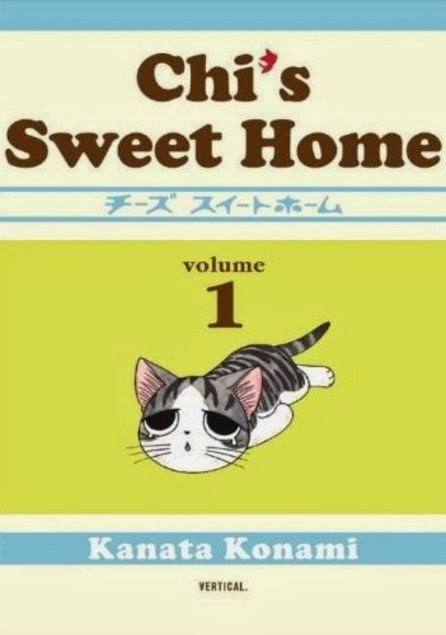 3. Chi's Sweet Home, Vol. 1 by Konami Kanata - This is a re-read for me which I already reviewed on my mainstream book blog back in 2010.  You can read what I had to say about it then.  I'm re-reading now as I own the whole series and am just now getting to reading it.  I was very enthusiastic the first time and my opinion stays the same with this second read through.  Since my first read though I discovered this was first published in a Japanese men's magazine, making it seinen, aimed at adult men not children.  That's why it has that grown-up appeal I talked about in my original review.  Anybody can read this or have it read to them, from toddlers to senior citizens.  My rating stands the same with a solid 5/5. (buy) 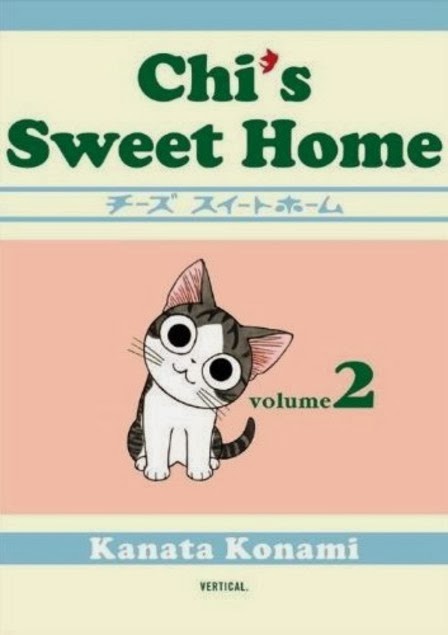 4. Chi's Sweet Home, Vol. 2 by Konami Kanata - I'm re-reading this also so I can finally continue on with the whole series.  I originally read and reviewed it in 2011 and you can read my original review here.  My impressions are the same and I enjoyed it fully. Chi is endearing to all really, though I think there will be a certain amount of people who find it over the edge of syrupy sweet.  I'm the last person to like that type of stuff and kawaii is sooo not me, but Chi has captured my heart and I'm looking forward to the next volume where I think Blackie will become more of a character.  My rating still stands at 4/5. (buy) 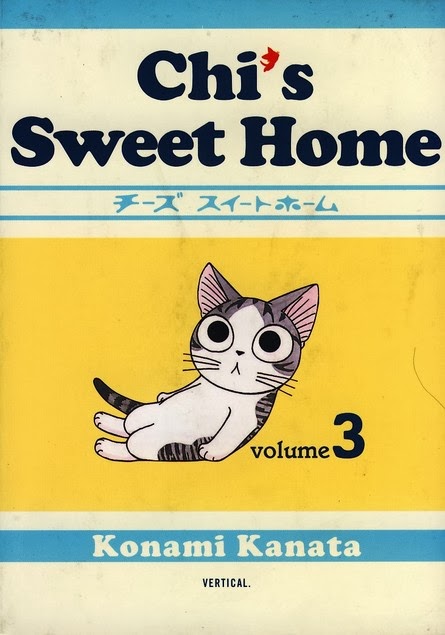 "In the third volume of Chi's Sweet Home, Chi has made a new friend.  There is another cat in the neighborhood.  This cat is the very cat that the building manager considers to be a nuisance and the same one with a reward on his head.  The cat's name is Kuro; a giant of a feline.  All black and with a bit of an appetite, this cat has been known to not only sneak into people's yards but he has even been bold enough to enter some apartments searching for food.

Chi's first encounter with Kuro back in volume two was not a positive one.  When the big cat one day walked up to the Yamada's back door, Chi was startled by its size.  Kuro is so big, Chi could not even tell it is also a cat!  Chi thought it was some new beast altogether.  So when Youhei sees the new cat he immediately panics as he tries to protect his little buddy.

Now the two cats are working together to take on the big world outside of the Yamada's apartment!"

Purchased from a local comic store.

First rate!  Hilarious and cute!  On a level with the first book.  The story continues as the Yamadas have to deal with the very real situation that they can't keep hiding Chi in their no-pets-allowed apartment for much longer.  Chi expands and deepens his friendship with the troublemaker, Blackie the Cat.  Blackies first appearance didn't endear him to me but after this volume, I've grown attached to him as we learned a lot more about his ways and feelings.  Kanata really captures some truly hilarious and profound moments of kitten/cat behaviour.  My favourites being when Chi first encounters a new (very energetic) little girl, getting a claw stuck in the curtain only to find that when one gets free another gets stuck and her hilarious attention-seeking antics.  The volume promises changes for the Yamadas and Chi and I'm looking forward to it.
Labels: 2010 4* 5* children kawaii manga realistic fiction seinin vertical