Hilda and the Bird Parade by Luke Pearson 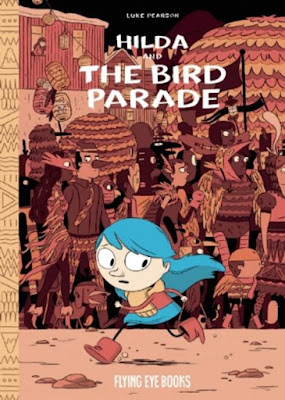 Hilda and the Bird Parade

Just wonderful! I've read all the Hilda books now. My review for the new one will be coming shortly. This is the book that has Hilda and her mother moving to the city of Trollburg. Hilda finds it hard being in the city at first but comes to recognise from her observations that there are many things to discover here. We are introduced to a new character, Thunderbird, the raven, who first Hilda helps when some kids throw rocks at him and, in the end, helps Hilda to find her mum at the Bird Parade. No trolls in this volume but we're shown where they live and why the city is called Trollburg.