All My Ghosts by Jeremy Massie 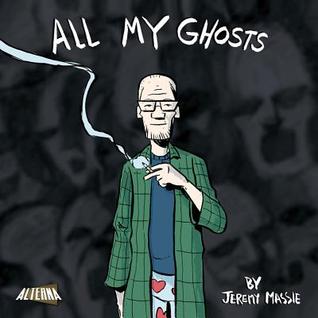 by Jeremy Massie
My rating: 4 of 5 stars

This isn't a ghost story nor is it really genre fiction at all. More literary as we follow the life of a man who runs the local small town newspaper, a family business for over sixty years. He's decided to sell the failing paper in this internet driven society and has three months before acquisition. During this time he decides to throw caution to the wind and start living life however he wants changing his previous mundane life. Some of his acts are questionable, some honourable but his main philosophy is he doesn't care if he stirs up trouble,at least he's causing people to think and feel again, just like himself. He's genuinely happy in this new life but regrettable when the staff finds out on takeover day. This only furthers his new lifestyle. This is a thinker. It makes the reader examine themselves; are they stuck in a rut doing what they are supposed to do rather than what they want to do that would make them actually enjoy life. However, the protagonist doesn't have anyone to answer to, he's divorced with a college-age daughter, so he's able to concentrate on self without repercussions. Nevertheless, it still sets a yearning into the reader make changes in their own life. A fast, compelling read with a message though the main character is not exactly likeable. My only problem was the abrupt ending. It seemed like there should have been a page or two more.