The Dam Keeper by Robert Kondo 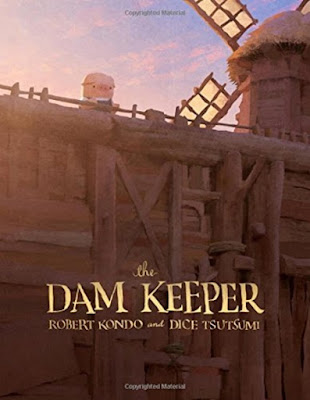 The Dam Keeper by Robert Kondo
My rating: 5 of 5 stars

Lovely first book in an animal fantasy series. The art is digital so it's beautiful and feels like watching a movie as you read it. A plot similar to "Attack on Titan" where we have a walled city which thinks the world beyond is dead and gone. Except, the threatening force here is a dark rolling fog. The main character's father created a dam to hold back the fog and save the town. So much time has gone by now that the people have forgotten all about the threat and the dam keeper. After his father goes "crazy" and disappears into the fog it is up to Pig to keep the darkness away. A great cliffhanger ending!