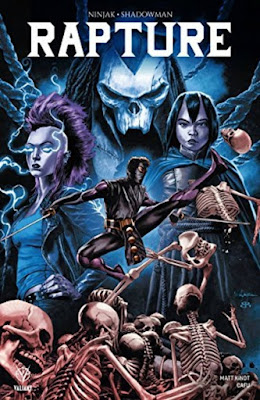 Rapture by Matt Kindt
My rating: 3 of 5 stars

This was really ho-hum. I don't have anything bad to say about it but I don't have anything good to say either. Typical fantasy quest with a female lead, several stereotypical band members and a plot based on mythology. The story of the Tower of Babel. After the first issue, I was bored and really pushed myself to finish it. Again, not bad, but very predictable and also a juvenile tale. I !love! Kindt's early work but his last few books have been less than stellar.