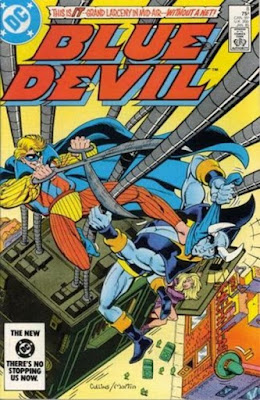 Man, when I first started this I thought what a ridiculous cheesy comic this is! Then I caught on and realised it was supposed to be campy humour directed at typical comics and then pop-culture. That's where it gets smart. I had not ever in my life heard of Blue Devil but because he looked like a Hellboy imitation I picked up a few issues. Jumping in with issue #8 leaves me having to figure out who everybody is and what's been happening but I got the gist of it. Blue Devil and Trickster are always after each other but it seems that on some level they are actually friends. Trickster plays practical jokes on Blue, while Blue gets frustrated with the tricks as he's trying to stop Trix from doing anything illegal. Not exactly excited to read anymore but I'll give the 2 other issues I have a go and see if my opinions change. 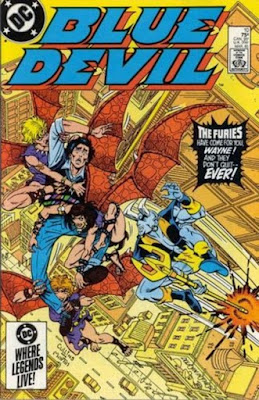 This was just plain silly. Slapstick, one-liners and inside jokes were painful. Athena sends the Furies after Wayne because of his playboy ways when he was young. Since the Gods are involved, guess who comes to help Blue Devil save the day? You got it ... Wonder Woman. 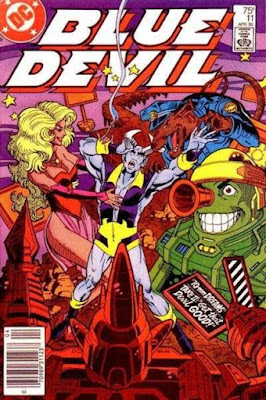 Ugh! I like cheese but this is over the top. Dan has a fever and the whole issue is him having a whacked up dream. The whole team writing this must have been on a binge acid trip to publish such schlock. Thankfully that was my last Blue Devil issue and there will be no more.