Nura: Rise of the Yokai Clan, Vol. 22 by Hiroshi Shiibashi 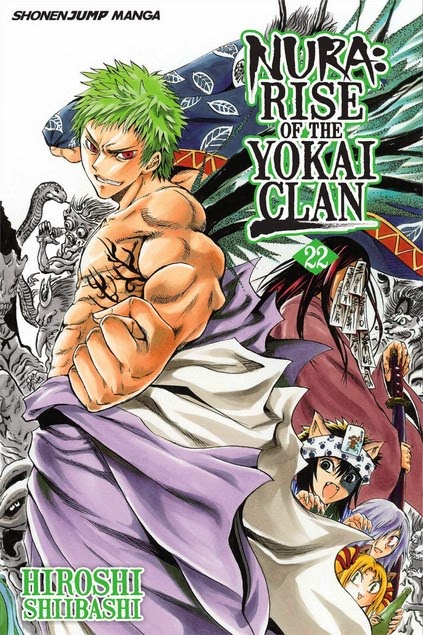 Nura: Rise of the Yokai Clan: Purification, Vol. 22 by Hiroshi Shiibashi
My rating: 3 of 5 stars

This picked up speed as it went along. I've got to say that the cast is so huge at this point with some characters only involved for certain periods that I'm losing track of any who aren't the major ones who've been around from the beginning. The first half of the book had a lot of players and was bit confusing as it centred on Rikuo obtaining a special sword. I just wasn't into this. Then things picked up and my interest was back in full swing as Rikuo gathers all the yokai clans together for a big meeting asking them to work together against the powerful Gokadoin clan who are gathering for the Purification, the elimination of both the other yokai and humans. A good ending as they come face to face. Only three more volumes to go in this series!