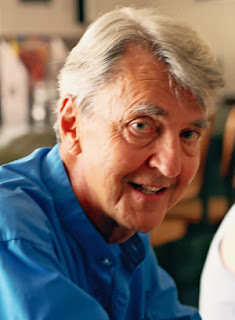 1928-2013
"Emmy-winning animation giant Lou Scheimer, founder of Filmation Studios, which produced toon series including “Fat Albert & the Cosby Kids,” “He-Man and the Masters of the Universe” and even the animated version of “Star Trek,” died Thursday (Oct. 17, 2013). He was 84. The cause of death was not revealed, but Scheimer had been diagnosed with Parkinson’s disease and had had quadruple bypass heart surgery." variety.com I just heard of Lou's death and loved his work so much!  I reviewed his memoirs earlier this year and highly recommend the book.  I'm re-posting that review today. 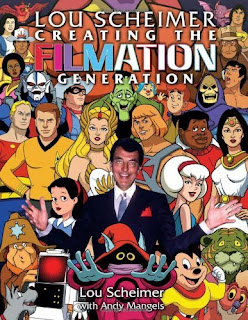 
"Hailed as one of the fathers of Saturday morning television, Lou Scheimer was the co-founder of Filmation Studios, which for over 25 years provided animated excitement for TV and film. Always at the forefront, Scheimer’s company created the first DC cartoons with Superman, Batman, and Aquaman, ruled the song charts with The Archies, kept Trekkie hope alive with the Emmy-winning Star Trek: The Animated Series, taught morals with Fat Albert and the Cosby Kids, and swung into high adventure with Tarzan, The Lone Ranger, and Zorro.  Forays into live-action included Shazam! and The Secrets of Isis, plus ground-breaking special effects work on Jason of Star Command and others. And in the 1980s, Filmation single-handedly caused the syndication explosion with He-Man and the Masters of the Universe and its successors. Now, with best-selling co-author Andy Mangels, Lou Scheimer tells the entire story, including how his father decked Adolf Hitler, memories of the comic books of the Golden Age, schooling with Andy Warhol, and what it meant to lead the last all-American animation company through nearly thirty years of innovation and fun! Profusely illustrated with photos, model sheets, storyboards, presentation art, looks at rare and unproduced series, and more — plus hundreds of tales about Filmation’s past, and rare Filmation-related art by Bruce Timm, Adam Hughes, Alex Ross, Phil Jimenez, Frank Cho, Gene Ha, and Mike McKone — this book shows the Filmation Generation the story behind the stories!"

A thoroughly intoxicating book for my generation which grew up with these children's shows.  Basically I'm in the middle age group here, being too young for the '60s shows, though I did see some of them in reruns.  The seventies were definitely my hey-day of Saturday TV-morning cartoons and when it comes to the 80s shows I'm not quite as familiar with them but had my exposure due to babysitting; especially with one little "He-Man" freak-a-zoid boy.. I learned to play He Man action figures while we watched the videos! Lots of memories came back reading this book and Lou comes across as a super-nice person.  Someone with traditional moral values, who took his work seriously in an age that wanted children's programming to be meaningful not just entertaining.  Lou is a character, he has some behind the scene tales to tell and asks you to make sure the children leave the room first, he uses * for vowels when he must use swear words when repeating conversations.  He has plenty of nice things to say about those he worked with even when the relationship ended badly.  Of course, he's not an angel and he didn't get along with everybody, used the word "jerk' a few times but otherwise refuses to talk about the negativity of these people.  They existed in such n such a role in his life, he was a jerk, let's move forward.  Lou is an old-time classy guy so you won't find any dirt-dishing here. But what you will find is a treasure trove of detailed information on how Filmation started and what went on behind the scenes at the studios and on the sets of the live action shows.  Not only is it a history of Filmation , the company, but also a broader history of the Saturday morning cartoon industry itself.I learned so much information about some of my favourite childhood shows but I also learned tremendous amounts of what went into the animation process before the computer took over.  How many shows were developed compared to the ones that got approved and made.  I would have really liked to have seen their version of Buck Rogers come to fruition.  Lou was a family man, married for almost 60 years before widowed, with two children who joined him in the studio and a daughter who literally followed in his shoe steps career-wise.  Amazingly, the book took me a long time to read; it seems deceptively short at only 288 pages, but this is a large coffee table size book and while it has a nice collection of photos and pictures to look at the text is dense, informative, fascinating and I often went back to re-read sections.  Lou has a simple down to earth writing style that is very entertaining to read and he seems just like one of the guys rather than a big wig studio executive. For those of you who can't place what Filmation created let me list some of my favourites: Star Trek: The Animated Series; He Man, Shazam!, Isis, Flash Gordon and Fantastic Voyage; and not my favourites  but the company's biggies were The Archies and Fat Albert and the Cosby Kids.