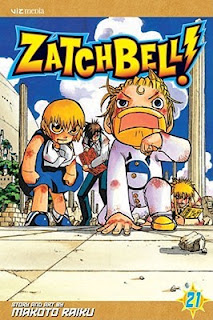 Powerful! Zatch has to make a decision between the life of a friend or everyone else on the planet. Lots of great emotional stuff in this volume as a couple of characters have to compromise their integrity. Lots of battles and a new quest starts as the group sets out to destroy Faudo. Of course, funny as usual, with a few new spells and a new mamodo team is introduced. 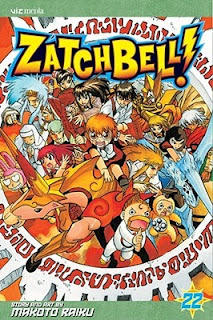 The excitement and action keeps on coming on strong. The quest inside Faudo's body comes to an end but not as expected and a mega showdown is on to save the human world people before Riou takes Faudo back to rule the mamodo world. Our characters have terrible choices to make between their own death or siding with evil, and eventual death for the sake of other's freedom. Intense and fun! 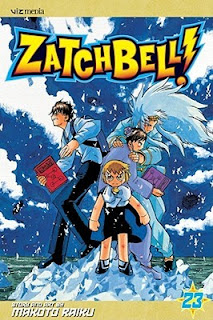 Oh man! Emotional roller coaster!Things start off heavy when we think a major character has died near the beginning of the book then power at the top of evil switches hands and the threat becomes more intense until the riveting end when we lose a much-loved character in a battle to the death. Sigh ....