Inuyashiki 1: Beyond Prime by Hiroya Oku 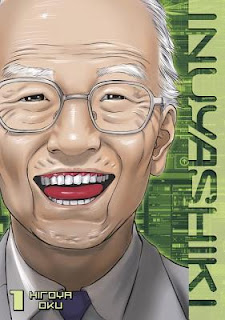 by Hiroya Oku
My rating: 5 of 5 stars

A promising new sci-fi manga series with an appeal to the adult reader. A compelling new take, for me at least, with an old man as the main character. Though they make him out to be older than he is in actual years, kind of a life has been hard on him thing. The book starts off very sad and goes into quite a deep character study of this man, his life, family and view of the world around him. Then he and a stranger and hit by a blinding light and his world is forever changed. The sci-fi angle is really cool and for a first volume a lot happens including just enough information to get the reader hooked. The book ends with the introduction of the second character and I'm really excited to see if he's going to be the protagonist to Inuyashiki. Really detailed clear art as well.