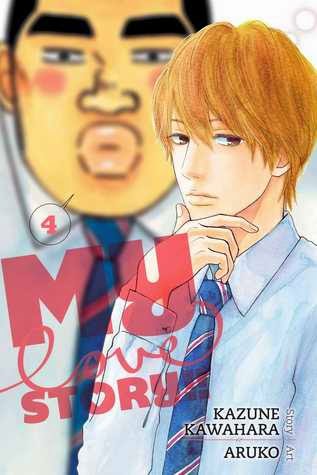 This is an adorable manga and such a simple pleasure to read. Takeo Goda is a 6'7" giant lovable teddy bear who is rather tongue-tied around girls, even his swooning girlfriend Yamato. This volume has two stories that show us other girls are interested in Takeo, even though he is unaware of it and thinks he is not very popular. The first half has his best friend's sister trying to deal with her feelings that she has always harboured for Takeo while a boy from college has followed her home to try and win her over. The second-half concerns Takeo taking up training a girl in his class to help her prepare for a race in a school sports event which has her falling head over heels for him. Takeo is clueless, but the girl's intentions don't get past Yamato. The story deals with real teen relationship issues, a little overdramatic as we know to expect from shoujo manga, but these characters are good-hearted and kind-natured dealing with their feelings in ways that are unselfish. A feel-good sweet romance.