Warren Commission Report: A Graphic Investigation into the Kennedy Assassination by Dan Mishkin 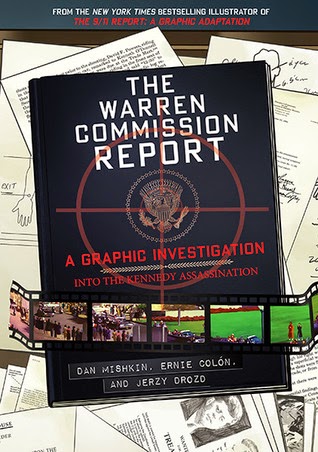 Warren Commission Report: A Graphic Investigation into the Kennedy Assassination by Dan Mishkin
My rating: 3 of 5 stars

This is about as exciting as one would expect the Warren Commission Report to be. However, it does a good job of presenting the report alongside of the conspiracy theories while showing how the way the report was commissioned could result in nothing but debate and conspiracies. I'm not a big fan of assassination history and while I know this event as well as the next educated person it's not something I particularly read about so did find quite a lot of new interesting tidbits of information. The writing style is entertaining and the book thoroughly held my attention for me to read it in one day. The art however, I did not like at all. The people are downright ugly, especially the faces of the women. 'nough said. The book is obviously written to an adult audience but could certainly be read by teens though I can't see it having any appeal unless it was for an assignment or such.