The Harlem Hellfighters by Max Brooks 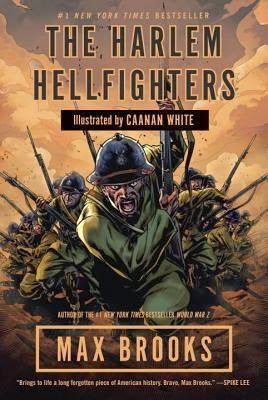 The Harlem Hellfighters by Max Brooks
My rating: 3 of 5 stars

This is an incredible story I've never read about before. I had heard of it but it was fascinating to finally get the full details of the story. The book is well-written and while being an historical account of the all-black regiment is also an horrendous depiction of the ghastly racism that was so rampant in the US at that time, seething unfiltered straight into its military. The book is done in black and white which is a wise choice as it is incredibly violent, holding back on none of the gruesome deaths and injuries incurred during war and especially this type of trench warfare. The story is an accurate depiction of what the 369th Infantry Regiment experienced from the days of recruitment to their return to the US, but it has been fictionalized into a story with characters who are amalgamations of various types of real-life people, though a few historical characters do appear. I found the book very interesting and an engrossing read, but felt it was too long as there were parts here and there when I started to loose interest and saw myself looking at how much longer the book was. It was a detailed story but I think it may have gripped me more emotionally had it been shorter. Again the story deals with many military aspects of the war and I think the book is best suited for those who first have an interest in WWI, then secondly in the other topics covered here. This is a must have title for libraries though.