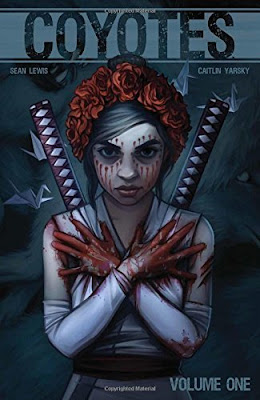 I read this a couple of days ago and don't really remember that much. Guess that in itself says more about the book than anything else could. A combination of horror and mythology. Basically, there is a group of women and girls who are orphans and have a society where they learn ninja fighting skills to wage their war against men who don the skin of a wolf, changing into werewolves. Then there's the side where the evil scientists take prisoners and force them to don the skins so they can study the origin of the ancient (were) wolves. A lot of fighting but nothing memorable. An easy quick read.