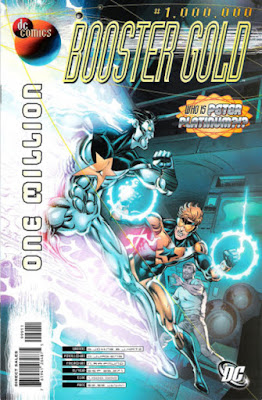 Well, that was a whirlwind conclusion wrapping up loose ends of a story I know nothing about. It was a fun read though. 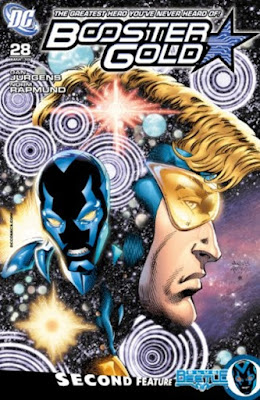 Same series as the previous book but jump ahead 18 issues! This is good I like Booster even though I've read very little of him. In the main story, Booster travels back to the time when Hank Henshaw became Cyber Superman. Events from Blue n Gold were even mentioned so my previous read gave me some knowledge to hang that on. Then a brief Blue Beetle story has Jamie travelling back to the scarab's place of origin to find out it has been fixed and Blue turns to the darkside. 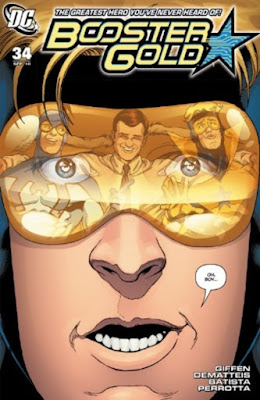 Jump ahead six issues and the story is going in a different direction. Booster's main purpose now is to go after the guy who has stolen the Book of Destiny. He time jumps and ends up with old friend Blue Beetle, Ted Kord, who coerces him into joining him on a quest. They meet up with Mister Miracle and Big Bertha and just before Booster can politely leave the group and head off on his main duty he is sucked along with the others to an alien medieval planet being attacked by a dragon. Good. I really like Booster Gold!