Star Trek: Harlan Ellison's The City on the Edge of Forever: The Original Teleplay 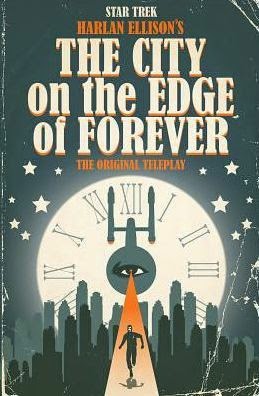 This is such a beautiful, wonderful, powerful story! It's great to see it presented here in graphic format. This is the classic Star Trek episode where Kirk and Spock go back to 1930s Earth and there Jim meets and falls in love, for real like never before, but it is a doomed love, of course. This original version of the teleplay is much more dramatic and less campy than the TV episode that actually aired though. The episode starred Joan Collins and was always one of my favourites. But this version is even better than the one that aired!