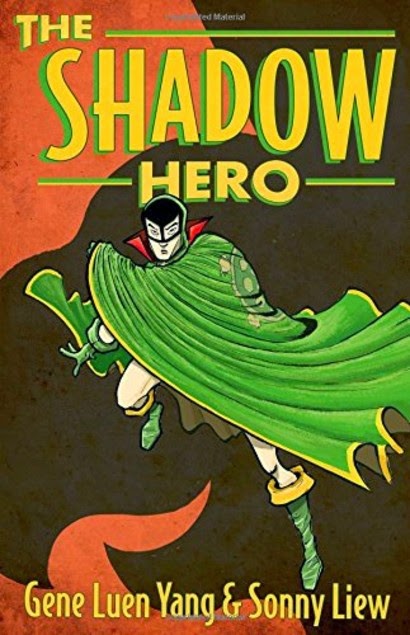 The Shadow Hero by Gene Luen Yang
My rating: 4 of 5 stars

I enjoyed this a lot. It was a fun romp. I'm a big fan of pulp comics from the 30s/40s, a fan of Asian-themed fiction and a fan of Gene Luen Yang so needless to say I was looking forward to this and expected to like it. It's written in the good old style of the pulp comics from that age and is the origin story of a real comic character "The Green Turtle" which ran for a total of five issues. It shows a favourable depiction of the Chinese for the first time during this period as this was a time when the extreme stereotypes had usually been portrayed. But because china was an ally in the war (the reason for this comic) a distinction is made between Chinese and Japanese with the "Japs" getting the stereotypical racist caricatures instead. Of course, lots of racial epithets are slung around for everyone including "mick" and "chink", for realism. Overall, a fun comic hero romp. What I particularly found fascinating was the author's note at the back telling what he has been able to find out about the original author of the series and his intentions (not much is known) and the rumours surrounding this comic. The piece de resistance is a scan of the very first original issue of "The Green Turtle" which was a hoot in itself. After I'm done this review I'm going to see if this series has been uploaded to one of those golden age comic websites; I'd love to read the whole thing!