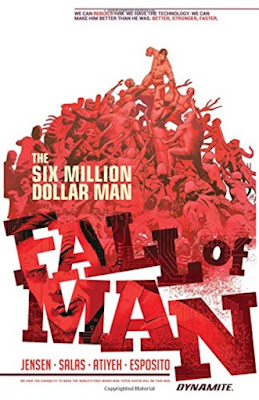 This was a blast! I was a huge fan of $6 million man and bionic woman as a kid so am gleeful that this story is set in the original world of the 1970s. Even though being set in the past, the art and writing kept a modern feel to the story at the same time. An action-packed plot involving terrorism and traitors within the OSI itself. A fast-paced read that had me hooked from the start with tons of conflict. I certainly hope there is a follow-up.