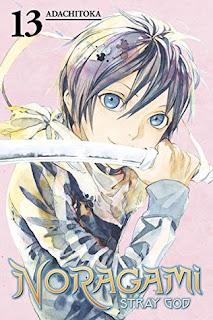 by Adachitoka
My rating: 5 of 5 stars

Hiyori confronts Yato's father and when he tell's her it's dangerous to mess with him she "accepts his challenge". And thus, this whole volume concerns the consequences of that exchange and concentrates on Hiyori, her family and her role in the Far Shore. Tons of action, battle and emotion. An ending I've seen coming for a while now but have been dreading. Wondering how this will change the dynamics in the future volumes! 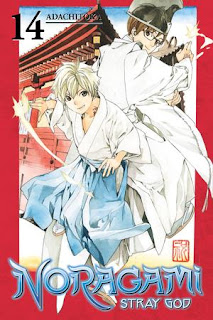 by Adachitoka
My rating: 5 of 5 stars

Two stories running concurrently here with both revealing secrets. Hiroyi's brother arrives to help the family out and eventually a family secret is revealed. Meanwhile, Bishamon has to deal with one of her shinji who was injured in the last volume. It's something she wants to keep secret from everyone else though so she asks for Yato's help but it's something that can't be cured. Then Kazuma gets all weird and reveals something he's been keeping secret! Great volume!