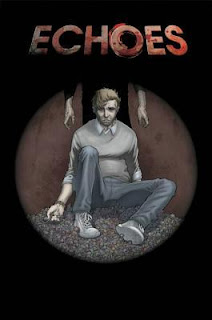 I really enjoyed this! It is pretty creepy and would make a good basis for a longer novel. I was under the impression that this was horror, but it's not. It's what crime enthusiasts would call a serial killer thriller. The whole case is pretty creepy and mixes a serial killer with family secrets and madness. In this case, the "madness" is schizophrenia which is presented overly dramatic for artistic effect but also realistically and responsibly. There are some good twists. I did figure out what was really going on but couldn't figure out the why. The only thing that disappoints me and reduces my rating to a 4/5 is the abrupt, ambiguous ending. The black and white art is magnificently macabre and frightfully enhances the story.