The CHAIR by Peter Simeti 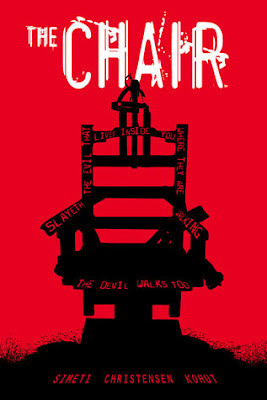 by Peter Simeti
My rating: 5 of 5 stars

Very, very creepy! Originally written in 2008, this new edition comes out in anticipation of the movie release. It also includes the screenplay and extra artwork. This is a psychological thriller wth horror elements because of the extreme violence. It's very dark and violent but the main character makes you sympathise with him. Then comes the twist which really surprised me and turns this little horror story into a great psychological thriller. I love the artwork. Done in black and white, the lettering is probably the most amazing graphic element. Done in a handwritten scrawl with white letters on black it just oozes atmosphere. Very well done but not for the weak-stomached.