Geis: A Matter of Life and Death by Alexis Deacon 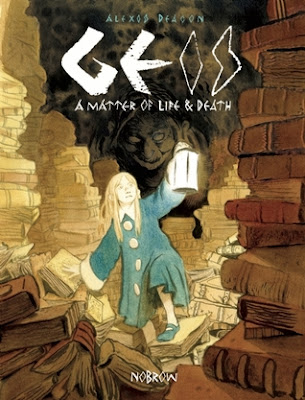 Geis: A Matter of Life and Death

by Alexis Deacon
My rating: 3 of 5 stars

This is obviously a volume one as it ends so abruptly in the middle of the action that it left me rather annoyed actually. There are a lot of characters and it jumps around back and forth between them; it takes a bit in the beginning to understand and get used to this. A sorceress is choosing the new chief amongst the best and brightest who were yanked from their beds to her in the middle of the night. She will be testing them and, though they don't know it, the winner will be the only survivor. This volume deals with the first test. They are all sent to some far distant place and each must make their way back to the castle before dawn. The two main characters are really intense, the girl to save everyone and the young man to win, and yet we don't know anything about them yet to understand their persistence. It's an interesting fantasy, though, with potential, we'll see what happens next volume.