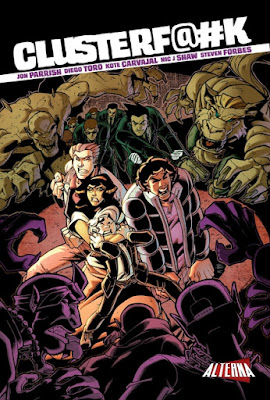 I really enjoyed this! It's about a couple of guys who are paranormal investigators. They are going it rogue because they were fired from the "Department". One of them is a human fused with a demon and the other may not be all human either. The plot is pretty involved with a lot of bad guys, both the other side and traitors within the organisation. The way it plays out it feels like the set-up for a continuing story where these two will set up as private investigators. The book is for a mature audience with violence and very crude language while on the other hand, it doesn't take itself seriously. It's just as much humour & satire of the genre as it is a good story. All the characters are interesting and a lot of backstory is included though there are still unanswered questions. Fun while being an action-packed paranormal.