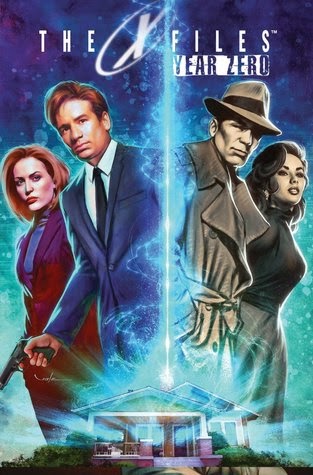 The X-Files: Year Zero by Karl Kesel
My rating: 4 of 5 stars

A great entry into the X-Files universe from Karl Kessel. Looks like this is his first time writing about Mulder and Scully but he does a bang-on job of getting their personalities and quirks just right. I felt right at home slipping into this intriguing case that switches between the present and the very first X-Files case back in the 1940s. No other regulars appear in the story so Kessel pretty much has his way with the story and manages to keep it familiar yet unique. There's no point of reference for time-frame though, which I found a bit annoying but the duo are not even so much as flirting with each other so it doesn't feel the same as the current Season 10 series. The art is good; Mulder and Scully are realistic though I found it, on the whole, a bit dark-toned which made the transitions between the past and present not as good as they could have been. However, a great story that I thoroughly enjoyed!