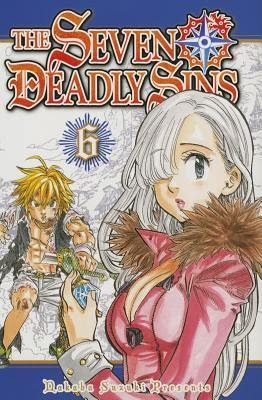 The Seven Deadly Sins 6 by Nakaba Suzuki
My rating: 5 of 5 stars

This is a totally awesome volume. Everything has come into place and there is a lot of character development especially with Meliodas. We understand him now much better, all the elements are coming together and this is probably the best volume to date. Volume 6 has both plenty of story and action. Completely satisfying and I'm looking forward to the next book very much. 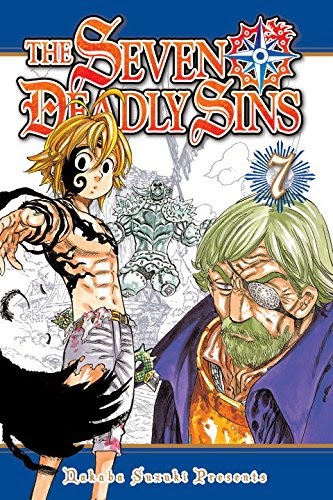 The Seven Deadly Sins 7 by Nakaba Suzuki
My rating: 5 of 5 stars

This series is just getting better and better. The first half of the book is all battle and pretty intense, all three factions are involved now and know of each other, if not their entire intentions. It's a bit confusing reading as a lot of new characters are in play now and there is no character list at the beginning of the book. These guys can appear for many pages before their names are mentioned so getting to know who is who is taking me some time, but the battle action was fast and furious. Strange things indeed happen and are revealed about the main character Meliodas, then the gang goes forth on their quest for the remaining sins and treasures. The book ends with the introduction of the next Sin, I'm not telling you of what, Gowther. My almost 15yo is reading this series also and thought this book was terrific. His interest in the series has turned from mild to "can't wait for the next volume".