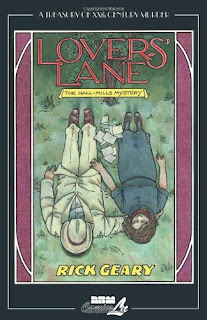 "New Brunswick, New Jersey, Thursday, September 14, 1922. Reverend Hall and Mrs. Eleanor Mills take a stroll in the town’s park in the evening. Shots are heard. 2 days later, their bodies are found laying on the ground very neatly next to each other with her hand on his thigh, love letters strewn around them, the scarf on her neck covering up the deep bloody slit in it. Reverend Hall, himself married, was in an open secret of an affair with Mrs. Mills, a married woman of his choir. The perfect ingredients for a juicy scandal and fascinating investigation which the nation’s press hungrily devours. Alas, no clues or evidence are sufficient to make an indictment stick. Was it suicide? A jealous rival? The case reopens again 4 years later as new information is brought to light, indicting the reverend’s wife but she is an upstanding member of her community, denying to the last that her husband had any affair…"


Borrowed a copy through Inter-library loan..

An Episcopal (Anglican) minister and his mistress are found shot and posed in a field near the local lover's lane area.  An interesting true crime taken from the 1920s in which no satisfactory answer has ever been found.  Not exactly an exciting case, Geary has written books on much more exciting murders such as those on H.H. Holmes and the Bender family of Labette County, Kansas, but he's written a good story here.  One I hadn't heard of before either.  Taking us through all possibilities as well as all the facts the reader is presented with the case in a way as to be knowledgeable without bias and perhaps try to form their own opinion or read more about the crime.  The art of course is simply Rick Geary, need I say more!  I eagerly await the next volume due out in Dec, 2013!